A Different Breed of Tourism | The Hairy Coo | Zaui Software

Before starting The Hairy Coo in 2010, Russell Shedden would be puzzled for years as he worked as a tour guide in Scotland’s historic capital of Edinburgh. On the customer comment cards, guests were consistently saying, “seeing the Hairy Coos,” (Scottish word for “cows”) as their favourite part of the tour.

Edinburgh is home to Scotland’s Crown Jewels, the Stone of Destiny and a majestic medieval castle. Russell would entertain guests for seven days with stories of legendary battles, kings and queens, touring Scotland’s historic fortresses, monuments and breathtaking scenery. 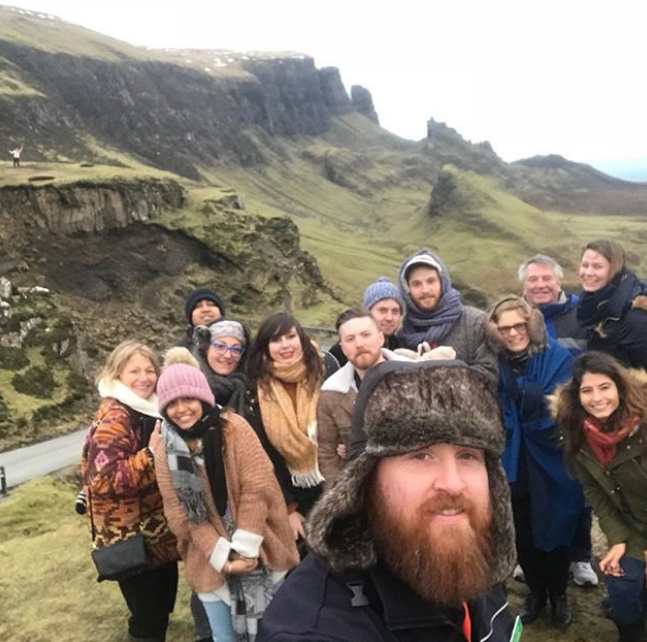 On return to Edinburgh, they would stop by a hilly meadow and let guests stretch their legs. They would usually park near a herd of Scotland’s Highland cattle known for their wavy brown/red hair that swoops over their eyes. After all the spectacular sights and stories, guests thought the hairy coos were the highlight of their week-long trip?

Russell would soon discover and embrace his number one principle of business: Give the customer what they want. 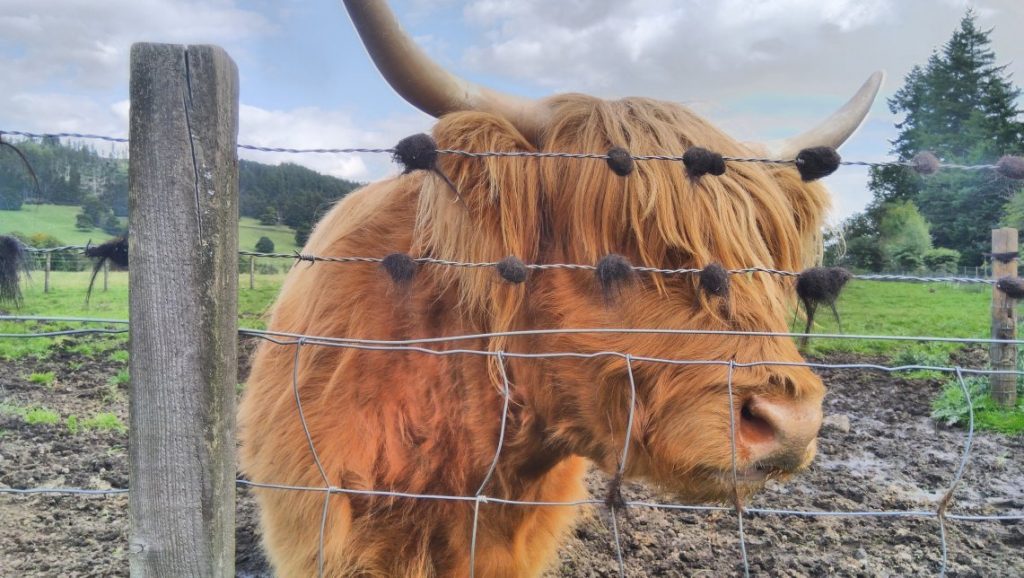 Business Unusual – “We need to offer something different”

“You should never tell the customer what is best and what attractions and places they want to see and what they shouldn’t bother to see,” Russell explained. “We listen very closely to our customers and simply try to give them what they want.”

The Hairy Coo started from an employee’s endless ambition that was stifled by tourism status quo. “I was tired of giving the company I worked for ideas for free,” he laughed.

After analysing the Edinburgh market, Russell knew they faced a lot of established competition with longstanding partnerships in the local industry.  “If we try to compete on the same tours with our competitors, we will fail. We need to offer something different,” he said. 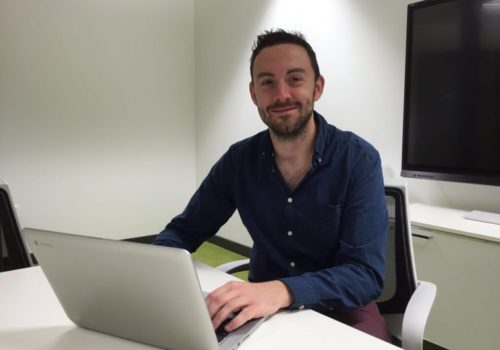 Russell and his business partner found a way to stand out. They launched a FREE TOUR (see how splashy that is…) of the Scottish highlands in a funky, bright orange bus. They asked guests to tip at the end what they thought it was worth (a very Radiohead type of thing to do). They only expected to run the free tours for 3-6 months as they got established. However, it became the flagship tour and the marketing launchpad to feed its paid tours.

The ‘FREE Scottish Highlands Tour’ still runs 3 days/week in the summer and 4 days/week in the winter. While it doesn’t make a lot of money, it is a marketing vehicle providing great SEO and traffic to the website. Guests can experience the company’s trips with very low risk. A high percentage return later for one of the longer paid tours or share it with their friends. The online reviews, social media posts and photos generate a whirlwind of free advertising in an industry where recommendations from friends are the strongest form of referral.

Today, The Hairy Coo’s Most popular tour outsells the others 3-1 or 4-1. As you might guess, one of the most popular is a day trip to Loch Ness (5 stars with 3,314 reviews on TripAdvisor).  The Hairy Coo also offers 3 Day overnight trips to the Isle of Skye where you can see film locations used in James Bond, Game of Thrones, Harry Potter & the Outlander series.

A bustling time in Edinburgh

In Edinburgh, tourism makes up a massive 8.7% slice of the local economy. The rise of low-cost airlines like EasyJet and RyanAir has made it impossibly easy for European travellers to visit at record low prices. “You can get to Scotland from mainland Europe for as little as £20.00 GBP each way,” Russell says.

In the aftermath of Brexit, the £GBP lost 20% of its value overnight making Scotland a budget-friendly travel destination for Europeans, North Americans, and an explosion of Chinese visitors compared to other European hotspots.

“Ten years ago, you would be touring with a group and you could drive for miles without seeing anyone. Russell remembers. “Now there is a line of cars and buses at every local attraction and the airport is maxed out with the number of flights they can receive during high season.”

While tourism is thriving, it also causes friction with the locals. “Young people can’t afford to buy houses with the rise of short-term rentals like Airbnb,” He explains. “…and there has been talk of introducing a tourism tax.” It’s a balance that Russell is hoping to find while making plans to contribute to the areas they visit through local community trusts. 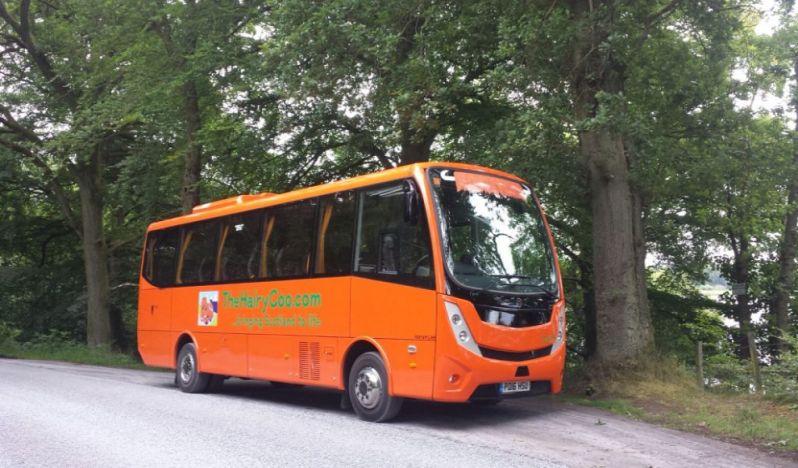 The Hairy Coo – The new breed of tour bus

Growth is not linear

“Growth is not linear, it comes in big jumps,” says Russell.

Since starting with Zaui in 2016, The Hairy Coo has tripled its revenues in 2 years. “We used two different booking systems before migrating them into one Zaui system. Russell states, While migrating the systems was a headache, we couldn’t have grown like this with the other booking systems.”

When looking for software, Russell says he focused only on a few things. It needed different brandable portals, an easy 2-step booking process (1. Name | 2. Credit Card Info) and real-time connections to their top Online Travel Agencies (OTAs), GetYourGuide and Viator.

“We rely the most heavily on direct bookings,” Russell says. “Direct bookings are the most profitable and the most clear. Agents have more trouble describing the tour they are selling, but if the guest comes to our website and books directly, the expectations are clear and they know exactly what they are getting.”

“We used to spend 1.5-2 hours per day entering bookings manually into our old system. With Zaui’s real-time connections to GetYourGuide and Viator we moved to instant confirmations. Zaui’s channel manager syncs real-time inventory across all platforms and allows you to throttle your availability to OTA channels.

“When we had no direct API connection to OTAs, we had no direct contact channel to the guests. If a guest booked the night before, we couldn’t contact them if there was a problem with the next day’s tour. We’d be managing OTA platforms 16 hours/day.” Croaks Russell. 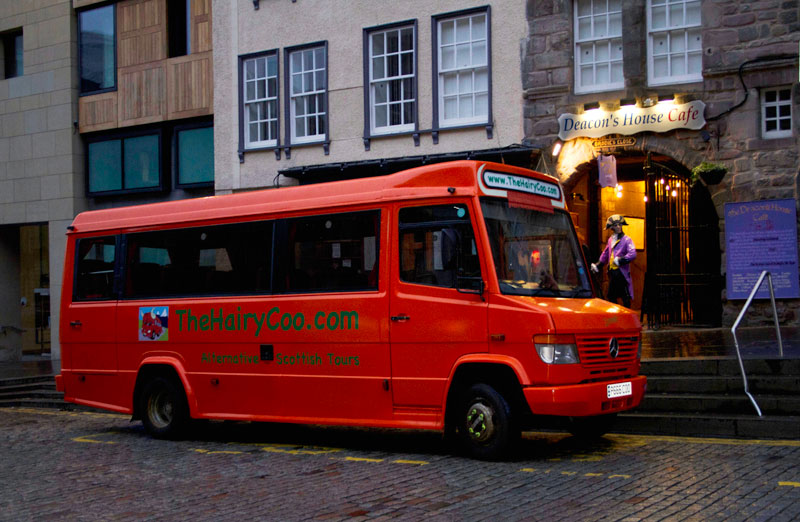 While the majority of bookings come directly through The Hairy Coo website, they still receive around 1/3 of bookings through GetYourGuide and Viator. Russell points out that building their TripAdvisor rating was critical. TripAdvisor’s 260 million unique monthly visitors and 150 million travel reviews have become a giant sales pipeline for Viator (TripAdvisor acquired Viator). While you lose some of the margin receiving bookings through OTAs like Viator, it is still a profitable channel and great way to fill empty seats if you are internet savvy like Russell.

Impressively, The Hairy Coo has no physical customer-facing office for sales/check-in. This makes Zaui’s POS and mobile system very important. There is one meeting place in the centre of town. Because traffic is so congested, everyone meets there. The POS contains the daily manifest and guests are confirmed as they climb aboard. At the end of the tour, the POS is passed around to collect customer survey data. Each bus is also equipped with GPS tracking like mobile working offices which also comes in handy when a guest tries to pull the hairy excuse that “the bus wasn’t there.”

Growth – Where it hurts 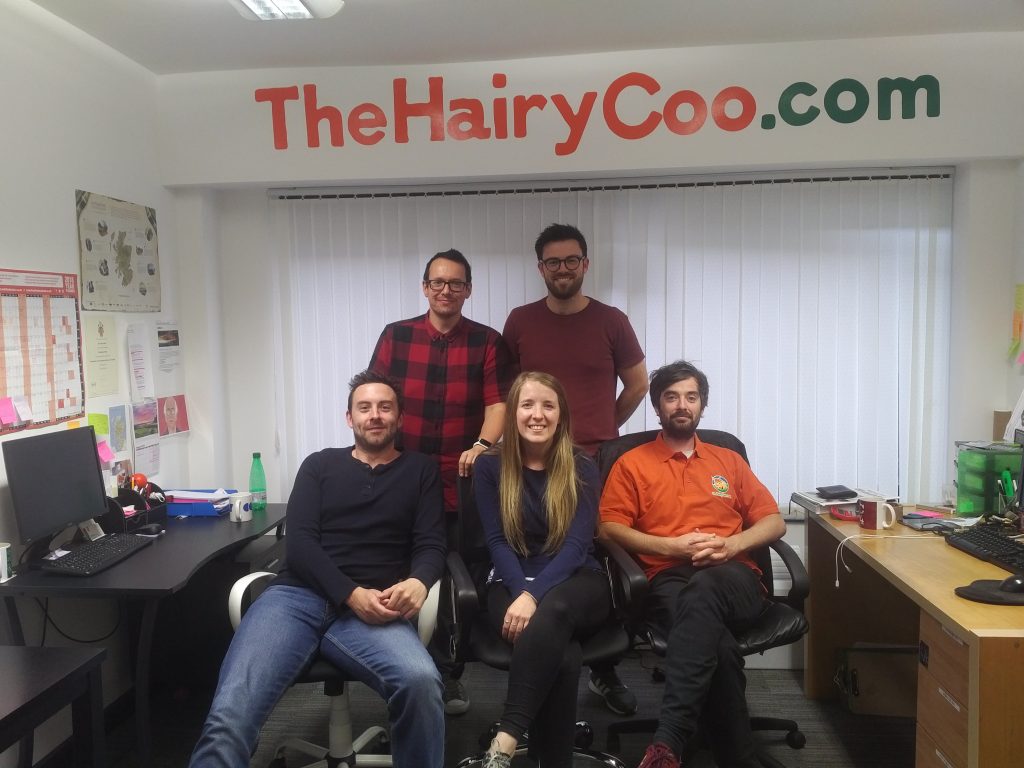 The operations and management team at The Hairy Coo

Everything’s better with some coos around 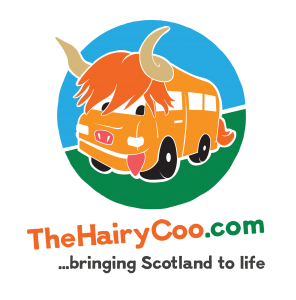 The future looks busy for The Hairy Coo. When we probed for more of Russell’s aggressive growth plans, he suggested they would “take six months to enjoy where they are at.” Something we certainly can’t blame them for after all the painstaking hours of dedication and work.

Russell states that his secrets to success are glaringly obvious. “Try to make the itineraries exactly what the customer wants. 99% of the time they’re right. They’ll tell you what they want to buy. Continually tweak your product offerings until you find the perfect balance. Have staff trained and ready to give guests what they want.”

We can translate that to, if they want to see hairy coos, show them hairy coos. “Social media, photos and online feedback make the tours sell themselves,” Russell states with an affinity for the 21st-century version of word-of-mouth advertising.

Russell’s advice is so bold and straightforward that it must have come straight from the hairy coo’s mouth.

Stand Out from the Herd | Zaui Software

Be the purple cow (or “the hairy coo”) of your sector. Zaui is the tourism software that scales for tour, transportation and activities companies. Book a personalized demo with the Zaui customer support team today.