Mission Critical | The Gap in Galveston 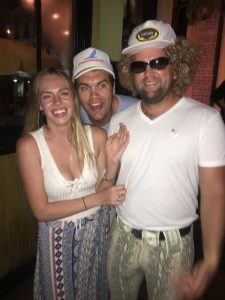 In 2014, Charles Franklin had some friends come to Houston to go on a cruise. Over drinks, they complained about the high cost of the shuttle service from the airport to Galveston. “No one is doing a shared shuttle from the Houston airports to Galveston?” He thought.

By January 2015, Charles hatched a new plan to connect the transportation gap with a reasonably priced shuttle service. By April 2015, the Galveston Express had their first customer. (Read more about that fateful cruise trip that started it all in Voyage Houston’s article chronicling Galveston’s roots.)

Charles’ credit was less than stellar when he started the company. When purchasing the company’s first van, Charles took a 12-hour flight from Houston to New York City. A massive snowstorm had rolled in diverting them to Boston inducing an admirable quest to drive home his first set of company wheels. This original van is still in active duty and is now celebrated as a company icon.

These days, getting approved for credit and financing is a much easier task with the company recently approved for 5 new sprinter vans for a new Florida expansion. “Sprinters are ideal,” Charles says. “Good for higher miles, you pay off financing quicker and you can run them for 3 years.”

Before Galveston Express was one year old, they were already up to 9 vehicles on the road.

Charles was the primary driver when Galveston Express started. Now they have 18-20 employees. They start by hiring students and came across the Yoda of logistics with a new hire, a particularly skilled student named Ben.

Charles has always known that treating employees fairly and better than the industry standard is the key. “We’ve always paid more than standard wages + tips, and that keeps drivers motivated,” he says. “We’ve never had a turnover problem,”.

Now after working with Zaui for three years, Charles says, “We’re in it for the long road. You have to trust the process. Build it and they will come.” He plans to continue to grow the franchise with Zaui.

“Zaui allows us to be creative,” he says. “We identify the areas of need and have the flexibility to make changes.” For example, Charles noticed that there was a gap between the time that customers boarded their cruise and caught the shuttle. Charles added a “Luggage Storage” product and started charging $10.00 so guests could take a later shuttle. Problem solved.

Charles also noticed that prime time (9:00 -11:00 am) was creating the highest demand and completely throwing the day off balance. So he introduced a $5 per seat surcharge during peak periods. “This balances it out,” he says. “Some people want to save money, so they will take a little later shuttle. This opens the seat for someone that really needs to get to the airport and doesn’t mind paying the additional $5.00.”

“Don’t be afraid of the software,” he warns. “You may not understand it all at the beginning but you learn and it gets easier. It was difficult to comprehend all the things it could do, but we quickly found it was a system we could grow into. Zaui could allow us to scale.” He adds.

Zaui wasn’t the first system Charles tried. “The first system couldn’t do everything we needed. The drivers need to see passenger manifests in real-time and can check people in. “We can use Zaui’s full software from the vans. The link between the office and mobile needs to be sound,” he says.

How to be Effective at Marketing

“Many of our leads come through Facebook groups/communities that talk. “More than half of our customers, just book. We don’t see them, hear them, or need to talk to them until they arrive at our pickup location,” he says.

When we asked Charles about challenges in the shuttle business, he didn’t hesitate to quickly mumble, “Uber.”

“Uber can go anywhere in the state without the permits that we have to apply for.” He says. “Every shuttle service (commercial vehicle) going through the port pays $20.00. Regular vehicles (like Uber) carrying commercial passengers don’t pay the port fees. But Uber cars ARE commercial vehicles, Charles argues. 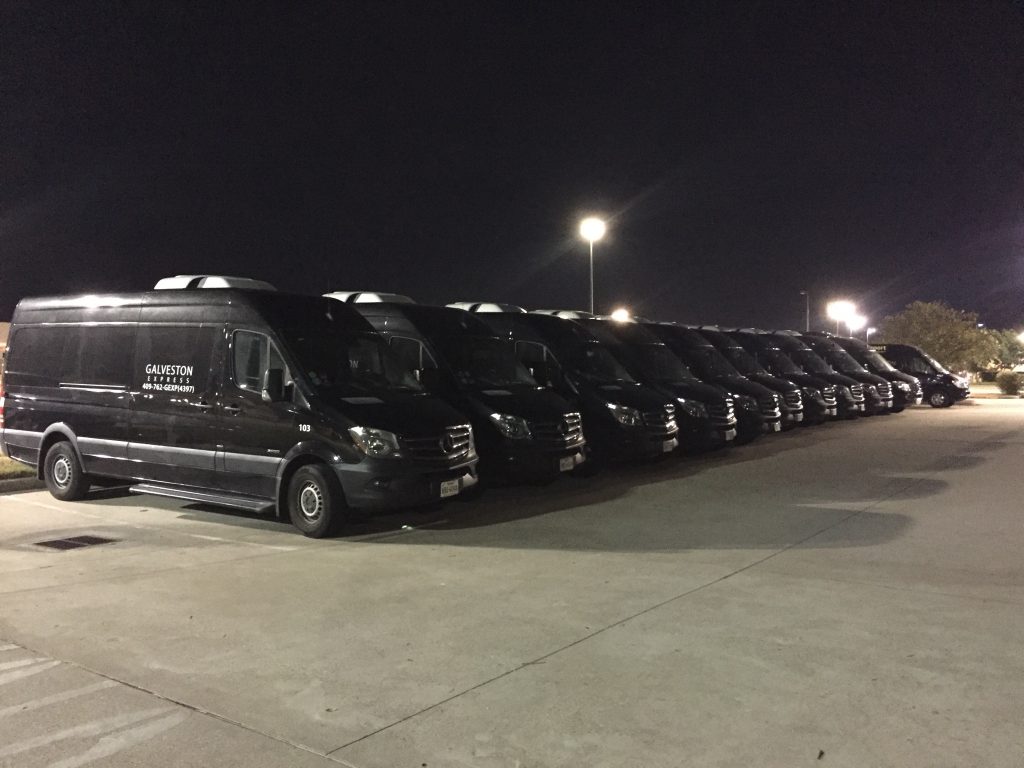 The Galveston Express Fleet sleeping (if only for a few hours)

“We have a month-long permitting process and have to find good people far in advance of launching a new car service. Uber doesn’t have these regulations,” he says.

Charles has gone to the Port Authority to advocate equal rules for passenger services to level the playing field. “If there were proper RFID tags on Uber vehicles going through the port gate, there wouldn’t be this problem,” he says.

Galveston has 11 shuttles running on a daily basis and operates 7 days per week. Besides the cruise ship circuit, they have a contract with Shriners Children’s Hospital. They now drive families of burn victims wherever they need to go around town and shuttled the displaced refugees when they arrived from Guatemala.

You probably wouldn’t guess that Charles is a war veteran. He joined the Navy as a CB “Sea Bees” in the construction Battalion when he was 30 years old and immediately became a student instructor with his background in computer science. As Charles says, he actually had more experience than his instructors. He was originally there for surveying but his computer skills quickly took over.

Charles understood databases and was so skilled at manipulating them that he decided to revolution the system. As Charles puts it, he could find “the right person, at the right place, at the right time.” He could run reports in the system that no one else knew how to run. Being handy with software and reports has certainly served as a handy skill in his business toolkit.

There are already two cruise ship terminals in the Port of Galveston and there are plans on adding another 190,000 square foot terminal by June 2020. This means twice as many passengers. Royal Caribbean is the largest ship and are pushing for a 3rd terminal to host a new vessel twice the size as its current boat.

Carnival’s largest ship newly arrived on September 23rd. These ships run year round and that means many more shuttles needing to roll. 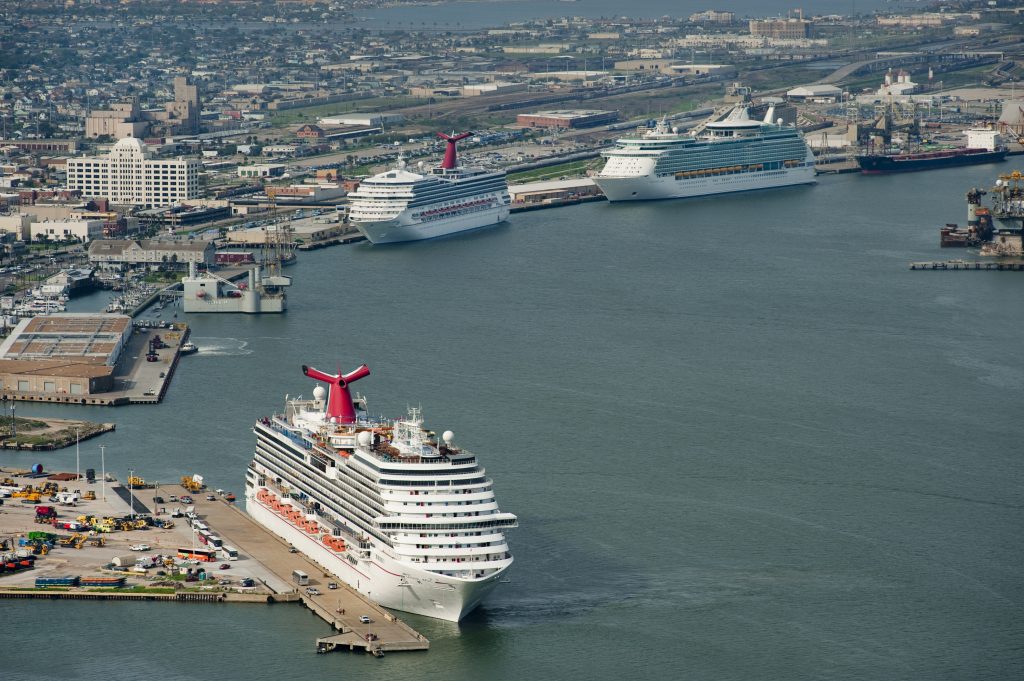 Aerial view of three cruise ships at the Port of Galveston including the Carnival Magic, the Carnival Triumph and the Royal Caribbean Navigator of the Seas.

Besides the bustling Port of Galveston expansion, Charles is also already knee deep in an expansion to Florida at Port Canaveral. Permits here are much easier Charles says. There is only one airport, which is 30-45 minutes from the Airport to Port. This makes it a fairly easy operation to set up and the market gap (just like at the Port of Galveston when he started) is ripe to be filled.

Charles and his team plan to fill it. 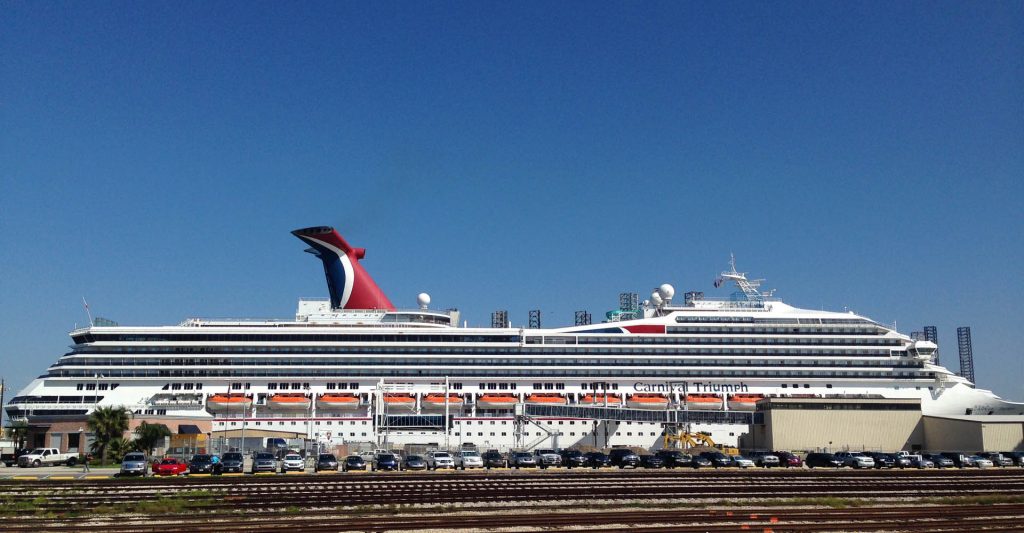 Zaui provides deep business insights and the power behind the “Book Now” button to conquer any tourism and transportation terrain. Book a personalized demo with the Zaui customer success team today and see how the powerful the platform can work for your platoon.